I read a funny Twitter from Roger Ver, a few weeks back where he explained that he gets feedback from his follower’s that he is spelling Holders wrong, which is a funny spoof on an early adopter spelling holder wrong using hodling, and it spawned HODLing as an axiom in cryptocurrency were you hang on no matter what and are prepared for BTC to go to zero.  There are hundreds of HODler websites, Twitter handles, and now that you know the joke, it transforms you into a long term holder.  Investing has always been about the HODlers.

According to findings by Digital Assets Data, a fin-tech company building cryptocurrency data feeds, as many as 10.7m Bitcoins have stayed put for more than a year. This amounts to 59% of the current supply of BTC (or approximately $84.5bn). This indicates widespread HODLing of BTC, which could be an extremely bullish sign for the market. Rather than trading or transferring their Bitcoins, the majority of users are holding their digital assets, confident that higher prices are on the horizon.

Founder of blockchain PR agency EAK Digital and organizer of Istanbul Blockchain Week Erhan Korhaliller enthuses: “The fact that 60% of Bitcoin hasn’t moved from wallets in a year is confirmation that Bitcoin is seen as digital gold.”

Not only does this mark a major milestone for Bitcoins being held, but it also represents the highest percentage of BTC lying dormant for so long since the beginning of 2017. Nicholas Pelecanos, advisor to NEM Ventures, comments:

“An increase in the number of dormant BTC wallets simply means less BTC holders are willing to sell their BTC.

“This comes down to two core reasons: 1) The owner of the Bitcoin believes that the price will continue to appreciate and by holding now and selling later they stand a chance to make a profit. 2) The owner of the Bitcoin believes in the core principles that Bitcoin was built around and will hold onto their BTC because of their fundamental beliefs.

Many BTC holders believe that its price will rise after the upcoming Bitcoin halving in May 2020. This four-yearly event that slashes block rewards for miners in half has historically had a positive impact on BTC price.

The widespread amount of Bitcoins HODLed is in line with the fact that the Bitcoin hash rate is at an all-time high. This shows that miners are also confident in the growth of the network. And it also means that looking back at the price action of 2019, just 40% of all Bitcoins in existence participated in its swings.

Bitcoin has seen several major price swings over the last year. The world’s largest cryptocurrency began 2019 at a price of $3,693 and rose to a high of $13,879 in July, only to sink back as low as $7,280 by the end of December. Euphoric unsustainable highs of the summer aside, BTC still managed to almost double its value in 2019 – even with 60% of its supply lying dormant.

The Bitcoin community currently seems to be firmly comprised of HODLers rather than traders and speculators. The fact that investors are holding indicates that they believe in Bitcoin’s long-term growth potential, and that can only be a good thing for the market. 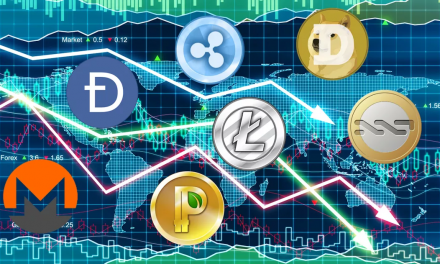